We are open for admissions, face to face show rounds and family visits. 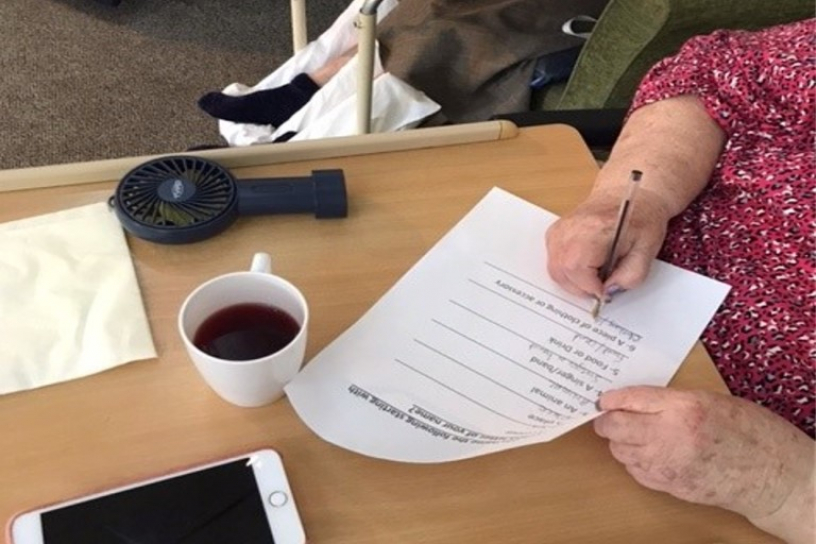 There was a word game challenge at The Hawthorns recently where residents took part in a variety of word games. At first there was the word wheel, once the word wheel landed on a letter they had to find as many words as they could including the letter. Then there was the letter game, naming various things starting with the first letter of their name. The finale was a word scramble, moving the letters around to name 20 countries. The residents worked well together helping each other when they had difficulties and praising each other’s answers too. Great team work today everyone!!

Do you want to find out more about what is going on at our homes? Join our mailing list to get all of the updates.